10 Amazing Innovations By Nigeria In The Last Decade

Below are recent amazing innovations by Nigerians.

The idea was conceived by Olukotun in the mid-nineties but the idea came to light. The innovation paved way for the development of very fast and efficient computers as well as mobile smart devices. Pathogenica which was led by Adeyemi Adesokan was an outstanding pick for the 2013 JCI awards. It showed how next-generation genome sequencing can give better diagnosis of diseases. It also matched patients with treatments with respect to their medical history and needs. The cloud based technology tracks disease outbreaks in real time by uploading the results obtained from the patients’ tests.

In 2013, Dr. Seido Mohammed disclosed that the country would acquire the capacity to make her own satellite. The satellite was meant for predicting sand responding to flood and other extreme natural events in the control. It was stated that the satellite would not be impeded by cloud and could take images at night. 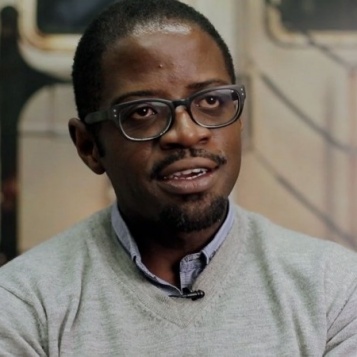 This was developed by Chinedu Echeruo. HopStop works like the regular mapping app. It provides free customized public transit. It gives users the opportunity to get up-to-the-minute biking, taxi, walking, public transit as well as hourly car rental directions with respect to the travel options selected by the user. Popular shopping areas, bars restaurants and attractions can also be located using this app. HopStop was ranked as one of the 100 fastest growing companies in USA in 2011.

The insurgency in the northern part of Nigeria changed the thinking of innovators and scientists and gave birth to an Aerial Vehicle (drone) which was made in Nigeria. It was the country’s first indigenous one made by the Nigerian Air Force.

The product was made by Ayokunle Adeniran. He is a mechanical design engineer based in the United States. The “Nepaless”(No electricity needed to power the iron) iron is a gas-powered pressing iron which works like the normal pressing iron. It is not powered by electricity.

The iron is powered by Butane. The product comes handy in a nation like Nigeria where electricity is considered a privilege by the masses.

Professor Justus Nwaoga, a lecturer in the department of Pharmaceutical and Medicinal Chemistry, University of Nigeria, Nsukka, discovered that Mimosa pudica (a common weed) had the potential to utilize energy from the sun. He discovered a compound known as “black silicon” which was responsible for the plant’s sensitivity to sunlight. The compounds were then used to construct solar panels.

In 2013, the Federal Institute of Industrial Research Oshodi disclosed that it was perfecting a technology that could increase the shelf life of Kunu (a local gruel made from cereals).

This was developed by Cyprian Emeka Uzoh. He holds more than 300 semiconductor patents worldwide. The Copper Interconnect technology has contributed to the development of computer electronics and technologies in the country and around the world.

Jessica Matthews invented a power-generating football which was called SOCCKET ball. Matthews is a co-founder and Chief Executive Officer of Unchartedplay. The ball was able to produce three hours of light from 3 minutes of play.

With these innovations, one can say that Nigeria has contributed immensely to the development of science and technology. Nigerian innovators are making impacts globally and bringing glory to the nation. These are the kinds of innovations and events we need in Nigeria.