Nigerian Celebrities With Plastic Surgery? You decide with the photos below

The Nigerian movie industry, Nollywood, is being slowly influenced by American trends.  Lots of our celebrities are now following the trend of having a plastic surgery. Some have admitted to this, while others chose to deny the fact.

The entertainment scene is however not free from these plastic surgery rumors. Although it’s not that rampant when compared to those of their foreign counterparts. In this piece, we share with you the Nigerian celebrities who had been rumored to have done plastic surgery. 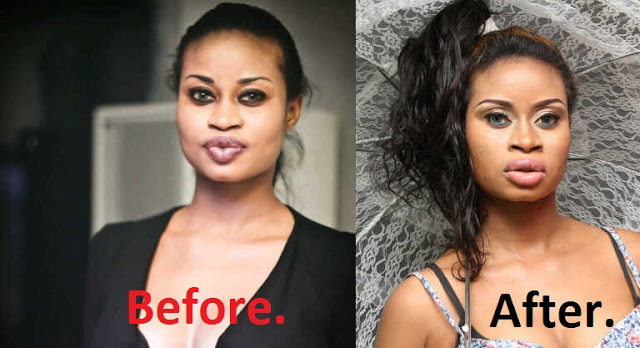 She is a Nigerian singer and was reported to have spent $80,000 on her plastic surgery. She wanted to have Angelina Jolie’s lips. She also spent $5,000 after the surgery for healing. She posted the above picture on her instagram page shortly after a botox injection. She also confirmed that her nose was done.