Omotola Jalade-Ekeinde (commonly referred to as “Omosexy”) is a successful Nollywood actress. She has featured in more than 300 movies throughout her career. She was honored in 2014 by being included as one of the top 100 influential people in the world by Time Magazine. Apart from being a celebrity, she’s also a U.N. ambassador and an activist. She’s also a source of inspiration to many. The CNN referred to her as the Queen of Nollywood. Lest I forget, she’s an epitome of beauty (I hope her husband is not reading this).

Below are 10 things you should know about her which you will definitely learn from.

In 2014, Omotola was named by Time Magazine as one of the top 100 influential people in the world. She was honored in the icons category and this was the comment she had to say about the honor: “I think that’s what gives me more satisfaction. The fact that I wasn’t just recognized as an artist but as an icon…”

2. She is an activist

Being a figure to reckon with, she uses her fame to voice out on salient issues affecting a number of Africans. She is an ambassador for the United Nations and also an activist with Amnesty International. She has been on missions to African countries like Sierra Leone and Liberia.

3. She is a family woman

She is married to an airline pilot and they both are both blessed with four children. In fact, the name “Omosexy” was given to her by her husband and the fans adopted it. 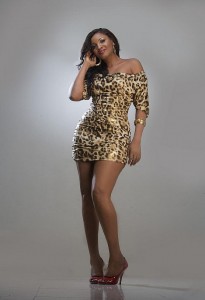 She has a large number of followers on the social networking sites. For example on Facebook, she had 1 million likes in 2013. Currently, it is more than 2 million.

Omotola lost her dad in her teenage years and started working at 15 in order to support her family. She started as a model. Then she delved into acting. Her mother opposed her choice of acting since she was still a young girl. However, after much pestering by a film director and the entire crew members, her mother yielded and she featured in “Venom of justice.”

Due to her determination to boost the quality of Nollywood movies, she is now building a “Village,” which is the name given to her film studio. According to her: “We need infrastructure, that’s what we need now in Nollywood. We have the fans, we have the figures, we have the people chanting and calling your name but we don’t have

She has her own reality TV show which she calls “Omotola: The Real Me.” In fact, she is the first Nigerian to have this. This is in addition to appearing on the cover pages of several magazines.

The love of music had always resided in her heart. She however decided to launch her music career after she began to work as an activist with the U.N. World Food Program.

It will interest you to know that she doesn’t allow her fame and stardom figure to enter her head. She acknowledges her God and fears Him. According to her, her greatest fear is the wrath of God.