Recently, Shashank Khaitan’s directorial movie Dhadak got release starring Boney Kapoor and Sridevi’s daughter Janhvi Kapoor and Ishaan Khatter who already debuted in Majid Majidi’s Beyond The Clouds. The movie has received positive reviews from the critics, audience and the Bollywood fraternity. While there are many who said Dhadak did justice to the Marathi movie Sairat from which Hindi remake is adapted, there are also who still would Sairat over Dhadak. Well, everyone has different perceptions, all we can say is the newcomers have done their job very well and already earned 8.71 cr on its first day.

Well after watching Dhadak at the special screening the movie, Bollywood Fraternity got emotional and remembered Sridevi. Even the fans after watching Sridevi’s Daughter Janhvi Kapoor on the big screens also got sentimental and many even Tweeted about the same.

Veteran actress Shabana Azmi also present at the special screening of Dhadak. After which she took to her social media and penned out few words remembering Sridevi in which she wrote a new star is born. She wrote, “#Sridevi wish you were here to watch your daughter #Janvhi’s debut. You would have been so proud. A star is born”.

Fans also tweeted about watching Dhadak and also wrote about Janhvi’s work after Sridevi left the world. They said Janhvi is a real hero as it took the courage to work after such incidents.

Here are few tweets from the fans of Sridevi:

It was #Sridevi’s dream to watch #Janhvi‘s debut film. How eagerly was she waiting to see her shine on the big screen, but everything is God’s will. I wish #Janhvi all the best and success. May you get what you truly deserve.
Good Luck&God Bless@JanhviKapoor_ @JanhviKapoorOff

SRI DEVI MAM MUST BE SO SO PROUD OF YOU #Janhvi 🙂 Your voice reminds me about Sri mam! WHAT A MASTERPIECE ITS WASS

I’m sure today somewhere high up there #Sridevi is looking down, smiling feeling so very proud. #Dhadak

Not sure of fate of #Dhadak at box office. However Bollywood may just be able to partly recover loss of #sridevi. Way to go #JhanviKapoor . Good beginning is only half work done though. 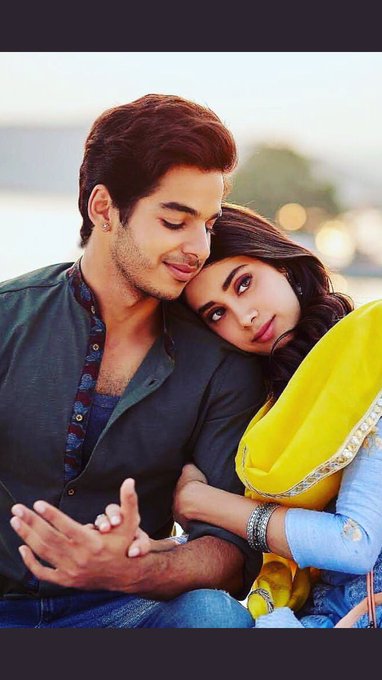 I m going to watch @DhadakMovie today for @JanhviKapoorOff ! Our Diva @SrideviBKapoor laadli suputri who made Sriji highly proud mother! Everyone is talking now for this newest sensation on the celluloid.There will not be another #Sridevi but this girl will treasure her LEGACY!

Talking about the Sairat movie it is helmed by Nagraj Manjule and it becomes the biggest hit in the history of Marathi cinema by earning over Rs 100 crores at the Box Office.

Songs and music of the movie Dhadak is nothing but so mesmerizing. People loved Zingaat song from both the version. Pehli Baar song is beautifully written and sung which tells summarises the first love.

Dhadak is produced by Karan Johar’s Dharma Productions, Zee Studios, and Apoorva Mehta which got released on 20 July.