Bollywood is now producing more movies than ever. With the help of technology, making a movie is quicker and easier. The trend of making biopics on great sports personalities like Milkha Singh, Mary Com, Geeta-Babita Phogat, MS Dhoni, etc has become very successful on box-office in recent years.

However, there was one sports based movie which had released way before sports-related movies were ‘cool’. Chak De! India was one movie which boosted support for women-oriented sports, especially hockey. In the movie, Kabir Khan was a hockey team player but was doubted as he shook hand with the player of the opponent team. Years later, he decided to coach all new women’s hockey team and prove his innocence. The role of Kabir Khan was played by Shah Rukh Khan.

Girls from different states having different backgrounds, beliefs and language gather to play as Team India. Due to their backgrounds, there was very less unity in the team and they kept fighting to inspire of coach’s repeated instructions which affected their game as well.

One day, Kabir took the team for a lunch. Some boys tried to harass a team member and all the girls on the team finally united to teach the guys some lesson. Kabir on other hand was sitting, having tea and happy as his team united. 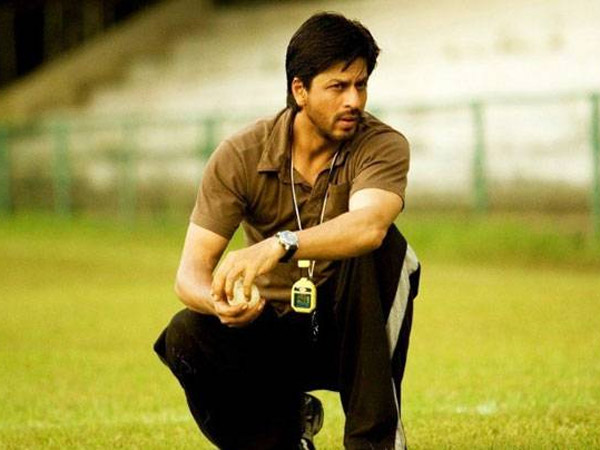 When the team is finally one, Kabir starts to plan the game and train them vigorously.

The team improved and started playing various international matches. With their dedication, they reached to the World cup Finals. Before the match, Kabir Khan’s famous ‘Sattar Minute’ speech motivates the players to give their best. When the team was on verge of winning, the keeper looked at coach Kabir and he hints her to stay where she is. Kabir’s experience proves to be right and the goal is saved. India finally wins the Cup.

The next scene of the movie is one of the most iconic scenes in Indian Cinema and Shah Rukh Khan made it more memorable with his acting. 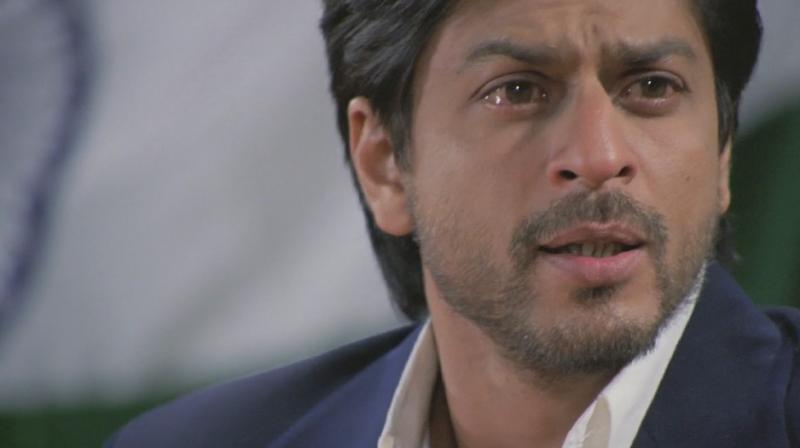 Shah Rukh looks at the Indian National Flag going on the top with tears of pride while the soft music of Chak De India plays in the background. According to makers, SRK was not asked to cry but he cried naturally due to the spirit of patriotism.

Overall, the movie proved to be a huge success on box-office. The movie promoted sales of hockey sticks in the country and also increased people’s awareness towards the sport.