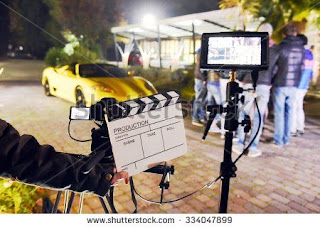 In Nigeria, film academies are one of the fast rising establishments to find around and for sure, it is one of the high paying investments so far because people want to get into Nollywood and becoming part of an Academy has been proven to be one of the fastest means for achieving this fit. Today we’re going to look into a few technical aspects of starting an Academy and how one can possibly succeed with starting a Film Academy in Nigeria.
A Film academy is a small or large school where people get trained formally in all or selected aspects of Movie making such as Acting, Directing, Video editing, Costumes, script writing etc. A good film academy may also but not compulsorily include provisions for Singing and Dancing. PEFTI film academy is one of the most popular academies in Lagos State and of course they’re recruiting massively and doing very well.

Here is how you can start a Film academy in Nigeria

1… Work on yourself
With an academy and you being the head, most definitely you would be taking leadership positions and more like a director. As a chief, you’ll definitely need to be perfect with the act so you can be able to direct and coach your students excellently. You do not necessarily need a Bsc in theater arts or mass communication to do this, if you naturally have the talent and skills for acting or the overwhelming passion and desire, you could enrol with a superior academy to get more enlightenment about acting, movie making and video/film editing. Also being at the academy affords you the opportunity to learn just how a Film academy can be run successfully and what it practically entails.

2… Get a good location
A good location here can be described as a place already booming with activity. It would be best to be located in the middle of the town where traffic is very much high and where you can be easily accessed by virtually anyone. However, in the case of a noisy environment you definitely do not want your students to loose concentration and focus during classes or exercises as a result of distracting noises coming from the outside so a good interior design should be in place. Glass doors, glass windows with sealed rubber edges would greatly reduce the noise coming from the outside and create a muffling effect for them so that whilst you’re in town, in the midst of noise, you’re still not affected by what’s going on around except for when you step outside but definitely you’ll need an air conditioning effect to go along with this. Also try making your hall as comfortable as possible with some real life acting designs like simulated bedrooms, club lights and the likes. It’ll be of much need later on.

3… Get a good script writer
You definitely do not want to teach theory-only in your academy and bore your students with many theoretical aspects of film making so the need for practical exercise would be necessary. You need a good script writer and a few good scripts for rehearsal purposes and perhaps subsequent shooting and recording of plays, dramas and maybe real movies too depending on the strength of your crew and your buoyancy to launch actual movies which are good enough to be welcomed by the market. There are quite a good number of good script writers around, it’ll only cost you some figures to purchase from them. There are also upcoming writers who could provide you good scripts too at cheaper charges.

5… Start recruiting
So now, we’re ready to launch. We need posters on the street walls around, we need flyers to share and we need to go cyber as well. There’s need to create awareness because you’re new to the area and the only way people could get to learn of your existence is through advertising. However, we do not want to poach on other people’s students so you wouldn’t want to paste stickers on walls of other similar academies,  you could get into trouble. Now before this time, you must have settled for a good and affordable recruiting fee or charge and remember you do not expect to get back all your spending or expenditure plus profit in one month or with the first few recruitments. It’s a gradual process so you need a good structure and this requires you have a “Business Plan” you’re working with.