The 19-year-old Kylian Mbappe’s savage turn of speed that won France the penalty for their first goal saw him flash before our eyes in real time while simultaneously the careers of half a dozen Argentinian defenders and midfielders were flashing before theirs.

At the other end of the pitch, the unreadable Lionel Messi weighed up what the chances were of surviving another opponent like this, and then another, and then another, with a team of willing triers from Argentinian’s domestic league and beyond.

Messi has done his best for a very poor Argentina squad, and a coach Jorge Sampaoli whose attitude towards his surfeit of attacking talent has been to play fewer and fewer of them as the tournament has progressed.

Eventually, Messi walked off, with barely a glance up at the Argentina fans who had dominated the stadium, a curt departure, and a cold stare. It had been a low-key performance from him, punctuated by two goals that briefly gave Argentina the illusion of being in this round of 16 ties. The first was their only attempt on goal in the first half, a beautiful ping from Angel Di Maria with his left foot that took the score to 1-1 and then a second after the break that glanced off Mercado’s left foot before he realized he had even put it there.

In his first press conference question, Jorge Sampaoli was asked whether he would be resigning and the Argentine coach seemed to say that he would think about it. 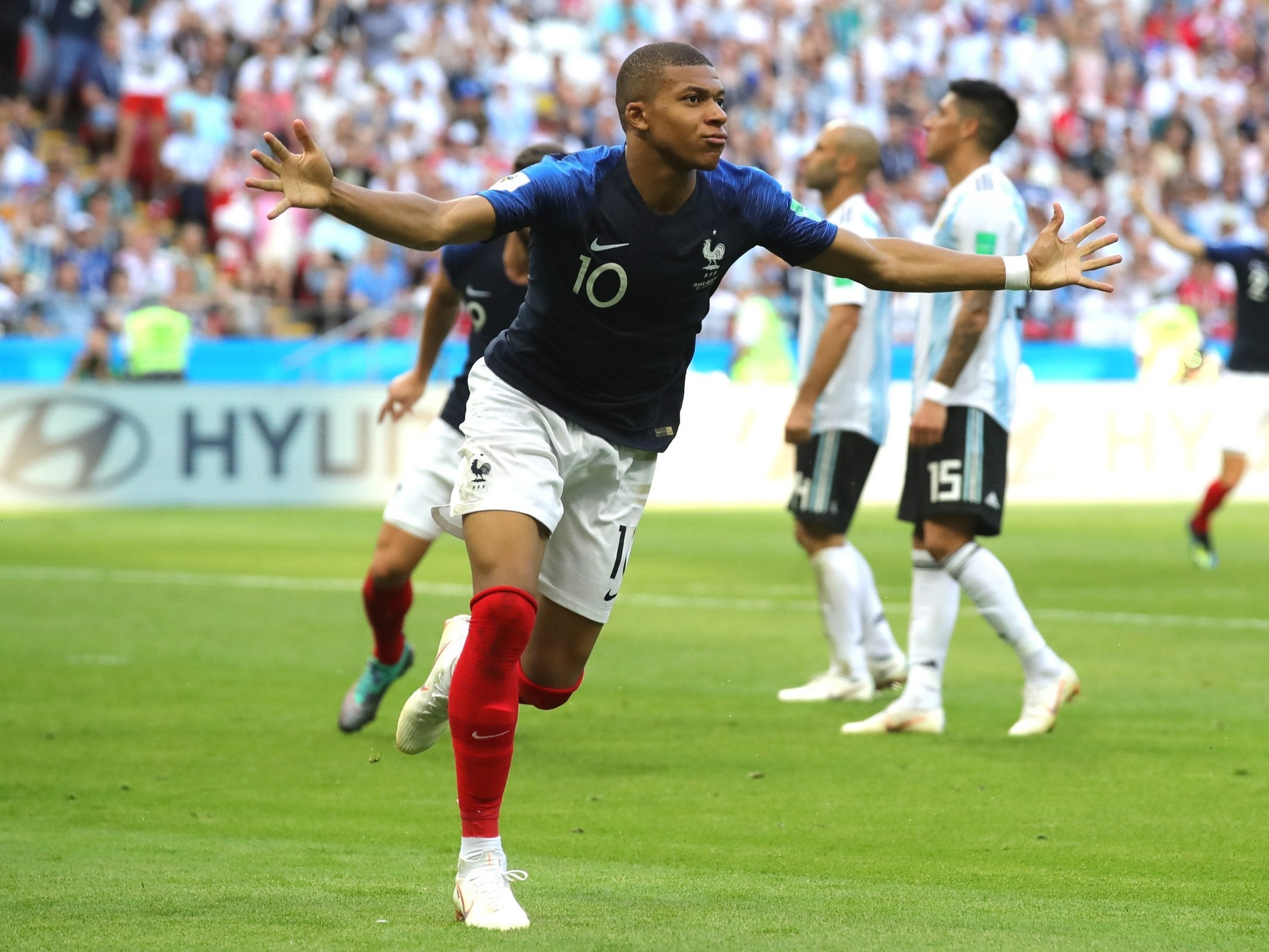 “I was very excited to be here, I had many expectations and we wanted Argentina to go as far as possible,” he said. “We had this very exciting project, and I wanted to move everybody with this idea. I always believed that Argentina could win. So, of course, I feel a certain frustration, but this will make me stronger as a coach, allow me to learn to grow.”

No teenager since Pele in 1958 has scored more than one goal in a World Cup match, but Mbappe wisely avoided comparisons afterward. “Let’s put this is context,” he said, “Pele’s another category”.

The 19-year-old Kylian-Mbappe successfully contributed to defeat Messi’s Argentina and took his team forward in the tournament. The young sportsman surely has a bright future in Football.