After a National Film Award-winning Pink, Taapsee Pannu will enter the courtroom once again for her Anubhav Sinha film, ‘Mulk’ along with Rishi Kapoor.

Taapsee took to Twitter to share her and Rishi Kapoor’s first look from the film. She wrote, “Once again there will be a court, there would be balustrade, will have a family, would be a mindset and would resist. Perhaps the most relevant topic of current time #Mulk and ha….. Ramadan Mubarak :)-Aarti” 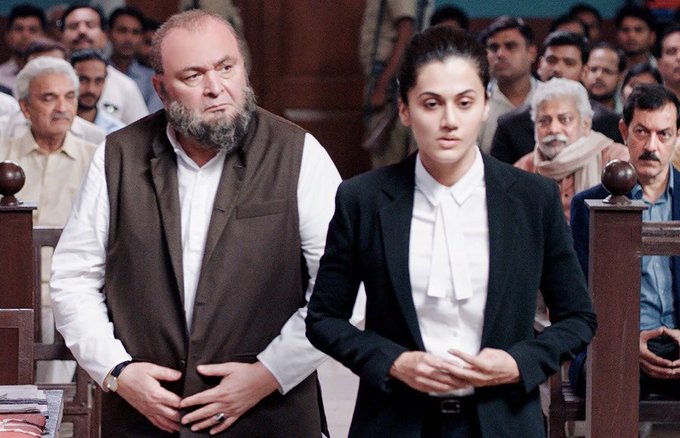 Courtroom drama “Mulk”will get its theatrical release on the 27th July,2018. A Benaras Media Works presentation,the film is directed by Anubhav Sinha produced by Deepak Mukut and Anubhav Sinha. It is presented by Kamal Mukut.

The actor will be seen essaying the role of a lawyer in the flick which also stars Prateik Babbar, Rajat Kapoor, Ashutosh Rana, Manoj Pahwa and Neena Gupta.The film is presented by Kamal Mukut and Soham Rockstar Entertainment and produced by Deepak Mukut and Anubhav Sinha.Helmed by Anubhav Sinha, the movie will hit the theatres on July 27