Moyinoluwa Adeyemi studied Computer Science from Obafemi Awolowo University, she is now a Software Engineer at Swifta Systems and also a co-organizer at Google Developers Group.

One Friday evening after work, she had an aha moment. She looked at a clock and thought “What if it could tell the time in Yoruba?”. That question has lead to the development of an Android Watch Face that tells time in Yoruba language.

It wasn’t simple as a,b,c, she had to get ideas from some of her friends and do extensive research before she came up with a working prototype. It will probably be the first ever indigenous watch face app on the google play store.

This is the description of what she has created;

Yoruba Watch Faces by Moyin is a collection of Watch Faces built in a popular local Nigerian dialect. There are currently two Watch Faces in the collection both of which are in Yoruba Language. The illustrations were created by @TheVunderkind and they depict a man and a woman dressed in the traditional Yoruba attire. The Watch Faces work on all screen types; chin, square and circle.

These are the two watch faces available below; 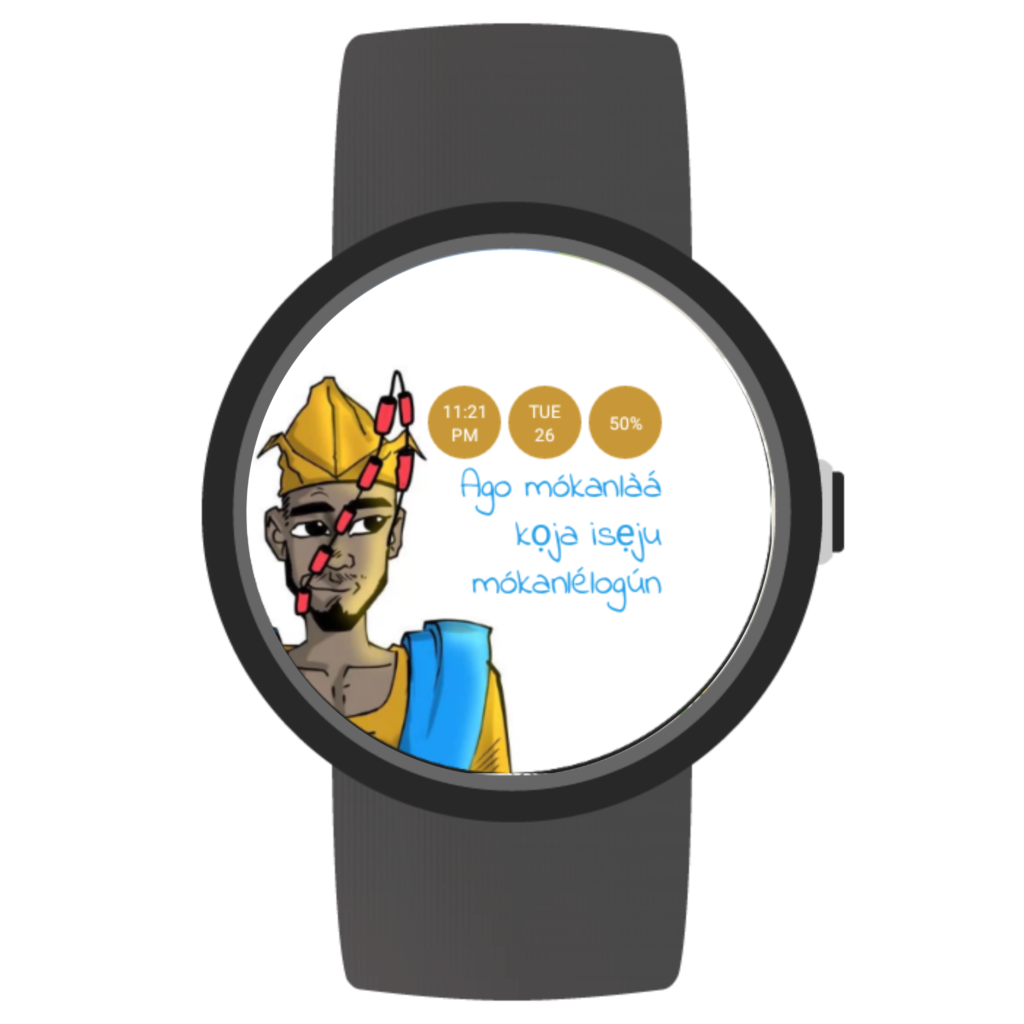 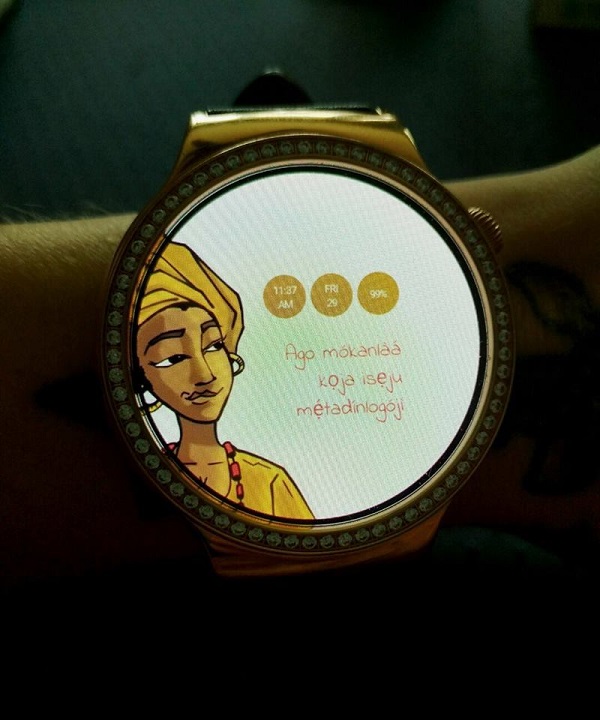 Read More: Visiting Lagos? You Need To Learn These 8 Yoruba Words To Survive