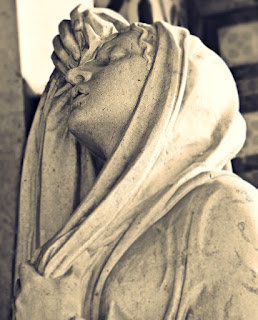 Have you ever caught a particular scent and suddenly a wave of memories comes washing over you? Often you will have forgotten an event entirely and then boom! The smell of a particular perfume may remind of your mother, or perhaps a certain shampoo makes you think of your ex. Smell acts as an extremely emotional trigger for most, but why is this?
The link between memory and smell is a longstanding one, with research showing that disorders that take away memory also remove the ability to distinguish scents. This is because in order to tell the difference between two scents you must first be able to retrieve the memory of smelling them in the past. According to some, studying information in the presence of an odour actually increases the vividness and intensity of that remembered information when you smell that odour again. All signs point to smell enhancing memories but what exactly causes this well-known occurrence?
Maria Larsson of Stockholm University conducted an experiment into how smell evokes autobiographical memories. She modeled her work after previous research findings that the formation of autobiographical memory peaks between the ages of 15 and 30. This may be because during this time period people are going to college, getting married, and starting to establish themselves in the world.One theory is that because the olfactory nerve (the apparatus responsible for our sense of smell) is located very closely to the amygdala and hippocampus (the areas of the brain that are connected to the experiences of emotion and memory respectively) memory and smell are linked. Their proximity may be why they’re able to affect and influence each other, yet there’s no proof that this is the exact cause. There are, however, studies that support other theories as to why smell triggers emotional memories in the way it does.
Larsson exposed older adults to different smells in her study and interviewed them about their memories that were evoked by the smell. She was forced to use smells that weren’t smelt very often in day to day life, as common smells such as coffee were experienced so much that they triggered no exact memory.
She found that for visual and verbal cues, people’s memories came from their teens and 20s, but for smells, the peak was around age 5. These memories were also more emotional and more vivid than memories brought up by visual or verbal cues. So memories that are linked with smell may be so powerful because they’re mainly from our childhood, and as children we rely mainly on our senses. When you think about it, as a baby you rely mainly on taste (which is actually combined with smell) to get a sense of something, and so it makes sense that smell is what your early memories would hinge on.
However, another theory is that our memories that are evoked by nostalgic smells are seen as more emotional as our minds reshape them, sending them through a rose-tinted filter that redefines them as “good times”. Alan Hirsch, another psychologist, believes that this would occur because childhood memories often represent a time when we were carefree and without anxiety and so we could possibly romanticise them.
However, Larsson speculates that the potency of memories that are caused by smell may be because the base function of smell is to warn us away from danger. For example, if you ate something which caused you to be sick, the scent you smelled then would always remind you of being sick and you would not get sick from the same thing again. Memories caused by smell also seem to be immune to retroactive interference, in which newer memories mingle with older memories in a process which may change them, and so they remain unchanged from their initial formation which supports the idea that they’re there for survival.
What’s your opinion the matter? Do you believe memories caused by smell are so strong because they aid our survival, or because we’ve altered them to make us feel better?
References
Cherry, K. (n.d.). 10 facts about memory. Retrieved from http://psychology.about.com/od/memory/ss/ten-facts-about-memory_8.htm
Fields, H. (2012). Fragrant flashbacks. Observer, 25(4). Retrieved from http://www.psychologicalscience.org/index.php/publications/observer
Nostalgic smells. (2014, September 17). Retrieved from http://www.bbc.co.uk/science/humanbody/mind/articles/intelligenceandmemory/nostalgicsmells.shtml