Sam Adeyemi is the pastor of DayStar ministries; and in an age where we hear all sorts of scandalous stories about Nigerian pastors, this particular pastor has a clean ‘rap sheet.’

The story is that, yesterday he had talked about mental health issues in church… so, he decided to share the Rhema with his followers on Twitter after church service.

Here are the Initial tweets by Pastor Sam Adeyemi; You know the drill… First tweets at the bottom, so read upwards 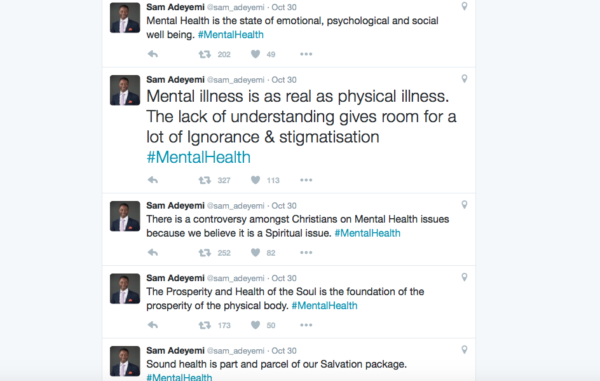 It was going well at the beginning as Nigerians were glad that this preacher was using his pulpit to do something other than talk about women’s dressing and whether women should be in the kitchen, or women’s ability to pray for more than an hour.

The topic was so refreshing, the Boom! An unfamiliar tweet was shared by Pastor Sam… Again read from below.. 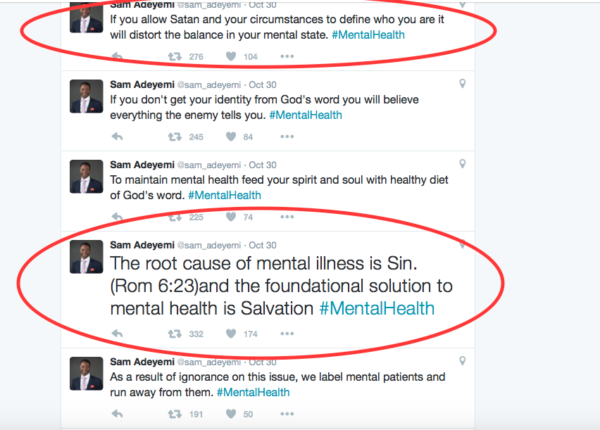 That Tweet that sparked the outrage among the diverse audience as people understood it in different ways.

Some Twitter users attempted to help the world understand what he meant… You know, break it down into layman’s speak for the rest of the world.

It didn’t end there….Pastor Sam Adeyemi admitted that he wasn’t a psychiatrist and wasn’t tweeting from a position of expertise on mental health issues – simply from his position as a spiritual leader. 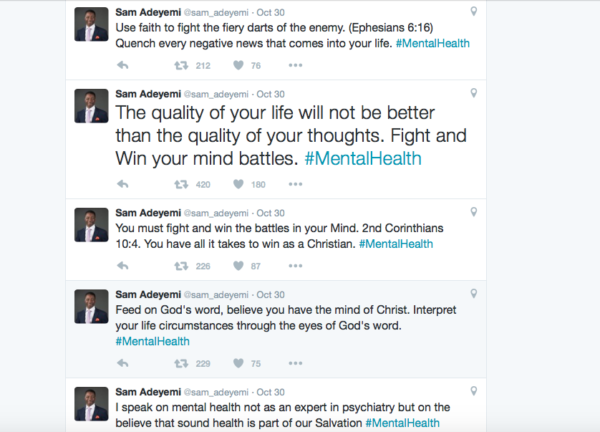 He then goes on to prescribe a solution: sensitivity to “God’s word” – and as an addendum, he tweets that you should seek medical help. Because “Seeking medical help for physical or mental illness does not contradict God’s word or having faith for your healing”

Nigerians were NOT having any of it at all..

But we all need to calm down here! There’s no need for mudslinging and taking a tweet for its literal meaning. Pastor Sam updated more tweets to explain what he actually meant. 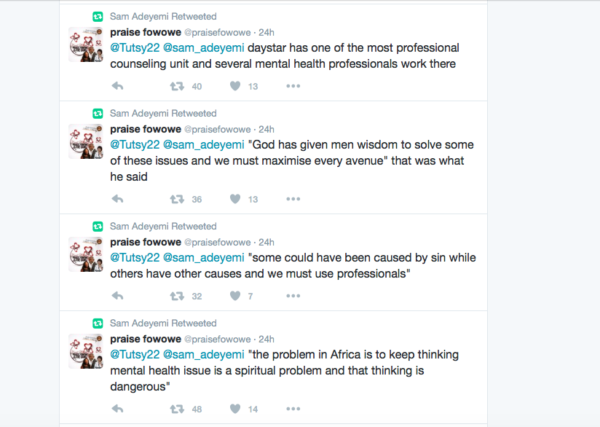 Pastor Sam went further to clarify what he meant by… Adamic versus Personal. 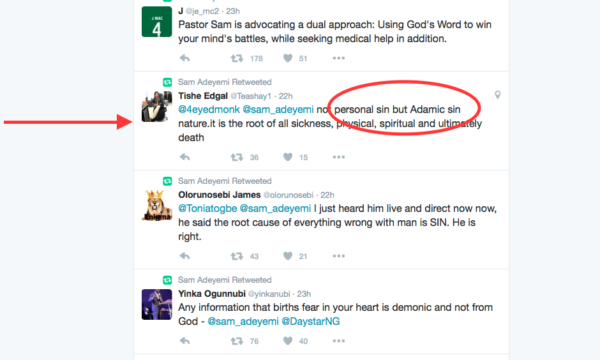 That’s why we love Twitter and Social Media in general… you can’t get bored! Whats your take on Pastor Sam Adeyemi’s Tweets?