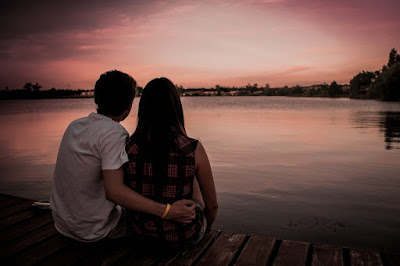 Relationships have different colors. Some have a terrific start but fade away suddenly. Others have to rough it out in the beginning but make it through fine. Why do some relationships last while others die off? What is the secret sauce that makes a long lasting relationship?
According to Psychologist John Gottman, who has spent the last 40 years of his life conducting research on couples, most marriages that result in divorce are not because of major differences in opinion but rather the inability to communicate differing opinions in a cordial manner. Also, many people try to change their partner’s personality according to their own wishes rather than accepting them as they are.

Dr. John Gottman’s research methods include analyzing couples in a home-like setting which he calls the Love Lab, where they talk to each other about everyday things or argue. “In the Love Lab, researchers claim they can predict with 91% accuracy whether a couple will thrive or fail after watching and listening to them for just five minutes“. The video cameras record not only the manner in which couples interact but also their reactions. Based on observations made about hundreds of couples over a period of 40 years, the researchers at the Relationship Research Institute are able to identify the signs that show if a couple is in a long lasting relationship. Read on to find out more about how the researchers’ findings can be used to help your relationship.
Recommend Reading: 5 things about the sex of reconciliation that nobody told you but you have to know

“What can make a marriage work is surprisingly simple. Happily married couples aren’t smarter, richer, or more psychologically astute than others. But in their day-to-day lives, they have hit upon a dynamic that keeps their negative thoughts and feelings about each other (which all couples have) from overwhelming their positive ones. They have what I call an emotionally intelligent marriage.” – Dr. John Gottman, The Relationship Research Institute

Here are the 5 signs that show that you are in a long lasting relationship:

1. You are courteous to each other

2. You complain, but you do not criticize

Your complaints have an “I” tone rather that a “You” tone. You do not take complaints against each other to another level and start saying critical statements about your partner’s character or personality. You understand that forgetting to pay the rent on time means that there is an opportunity to work on time management skills, rather than thinking they are a failure.

3. You are not contemptuous towards each other

You speak to each other in the language of love. Name calling, sneering, eye-rolling and hurtful comments are not a part of your daily conversations. You understand that the words you do not like to hear from your partner, you should also not say to them.

4. You do not put each other down

You focus on conflict resolution in an amicable manner. You understand that conflicts are not a battleground to establish your power over one another, but an opportunity to hear out a perspective that is different than your own. When differences in opinions emerge, you remind each other that you are a team and you are on each other’s side.

5. You do not ignore each other

You acknowledge each other’s feelings and hear out each other’s frustrations. You do not use silent treatment to ignore what your partner has to say, especially after a confrontation
image credit:- Pixabay
Gathered from: lifehack