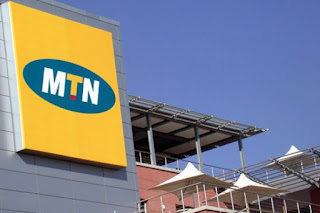 Telecoms firm, MTN, accused of illegally repatriating $13.8 billion from Nigeria, said on Friday it failed to comply with the law requiring issuance of Certificates of Capital Importation (CCIs) within 24 hours of conversion because it was a mere “administrative requirement”.
At the opening of investigative hearing by the Senate Committee on Banks, Insurance and Other Financial Institutions, into the transfer, MTN said that circumstances beyond its control necessitated its decision to move funds without following the law.
The senator representing Kogi West in the National Assembly, Dino Melaye, had on September 27 accused MTN of outsmarting the Nigerian financial regulatory laws to obtain a CCI within 24 hours before moving the money out of the country without the required authorisation.
Mr. Melaye said the repatriation was carried out between 2006 and 2016 in connivance with the Minister of Trade and Investment, Okechukwu Enelamah, and four commercial banks, namely Standard Chartered Bank, Stanbic IBTC, Diamond Bank and Citi Bank.
The CCI is a requirement under the Central Bank of Nigeria (CBN) financial and miscellaneous provisions Act.
But, Chief Executive Officer (CEO) of MTN Nigeria, Ferdi Moolman, said it was practically impossible for the company to comply with the 24 hours required to issue the CCI before moving funds.
“The requirement to issue a CCI within 24 hours of conversion is an administrative requirement,” Mr. Moolman said in a statement on Friday from Johannesburg, South Africa.
“As such, the CBN has the authority, and indeed we believe approved the banks’ applications to issue CCIs outside the recommended time frame.
“Often, for various reasons (such as not having all the required documentation for instance), it is not possible to issue a CCI within 24 hours, and the Central Bank of Nigeria’s Forex Manual contemplates such situations by asking that the banks refer to the CBN for approval.”
He said no dividends were declared or paid until the CCIs were issued and finalised, adding that MTN Nigeria only requested CCIs for Foreign Capital that was imported into Nigeria, and dividends were externalised on CCIs.
As the investigation commenced, Bloomberg news reported the value of the shares of the telecom giant slumped to a six-year low.
The report said the stock declined 2.3 percent to 107.50 rand (about N2, 424.82) by the close of the market in Johannesburg, the lowest since July 2010, stretching the slide to 13 percent since the allegations were first raised in September.