Yesterday, Manish Malhotra’s Couture show 2018-2019 left everyone spellbound as ace designer showcases his Persian Collection called Zween which spells beautiful and spectacular in Arabic. Designer Manish who single handled the Couture show after a gap of six years in Mumbai said Salman Khan and Katrina Kaif were his instant choice for the showstoppers. Not only the Couture but it was also a celebration of 13 years of Manish’s illustrious design label.

The showstoppers Salman-Katrina was looking stunning as they walked the ramp together for the very first time. We just can’t remove our eyes seeing the pictures Salman-Katrina from last eve. They both looked royal in their outfits designed by Manish Malhotra where Salman wore a Black Sherwani with intricated embroidery and Katrina was looking splendid in a beige coloured lehenga with silver embroidery, and a cape. To complete the look Katrina sported soft curls, light makeup and statement earrings. Above all that Katrina and Salman’s chemistry is unmissable, walking hand in hand. We are sure fans can’t stop gushing about them.

Talking about his Couture 2018-19, Manish said, “While they have established themselves as great superstars, they are both humble and exude a subtle elegance, which reflects in their fashion choices. Speaking of being opposites, while Katrina embodies the soft femininity and grace, Salman has always been a man of free will, with his rugged charm and elan.”

Take a look at Salman and Katrina walking the ramp:

Aren’t they the best?

Here are some other moments from the show where Salman and Katrina entered walking through a lane looking all majestically. Have a look: 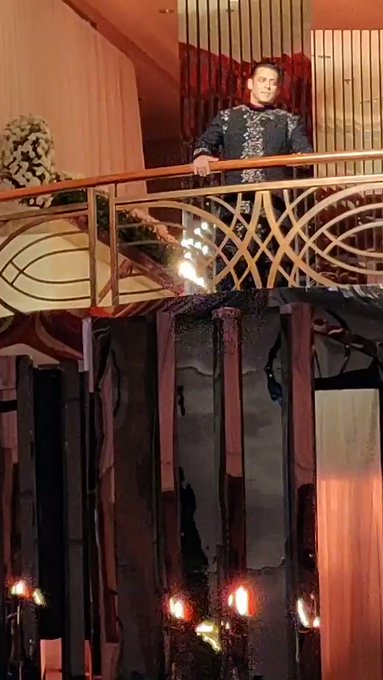 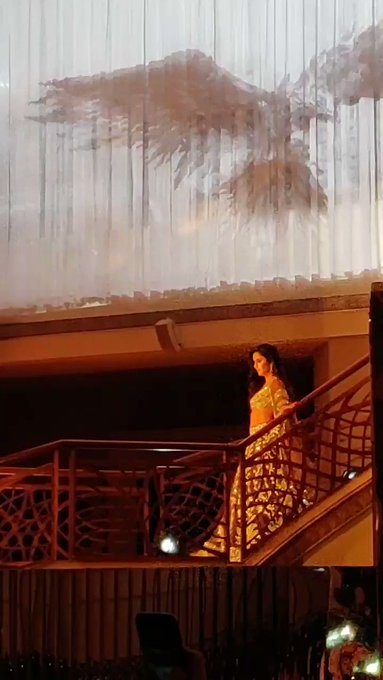 There she comes…the beautiful #katrinaKaif!

While all the eyes glued on Kat and Salman when they set the ramp on fire with their sizzling chemistry and gaudy look, newcomers, Sara Ali Khan, Janhvi and Khushi Kapoor alongside Ishaan Khatter also arrived at the show. The four of them seems to be chatting while Ishaan all goofy and takes a video of them.

Take a look at the newcomers enjoying the time together:

To summarise, the Ace Designer’s show, celebs who established themselves as the Superstars of Hindi Film Cinema- Salman Khan and Katrina Kaif, the credit for the success of the show goes to them wearing Manish’s designs, the couple won our heart once again with the chemistry they share