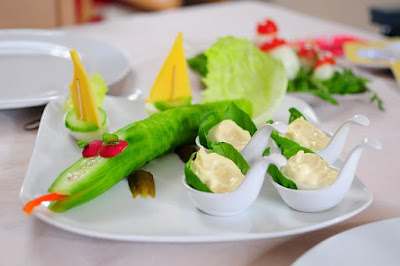 We all have that one friend whose gained weight since they met “the one.” Maybe you are that friend. Happy couples no longer focus on their weight, but on their significant other. Here’s why:

A new study from the Research on the National Center for Biotechnology has discovered being happy in love makes you gain weight. Researchers followed 169 couples over the course of four years. The couples were weighed twice a year, and provided details about the overall satisfaction of their married life. The study showed that the couples who reported happy marriages gained weight, while those in unhappy marriages stayed slim, and ultimately broke up.
The explanation for this, per the study, is people in stable, happy relationships have already found their mate, and don’t need to impress them anymore. They are confident that their mate will stick around for the long haul. On the flip side, the couples who were unhappy were more likely to remain attractive, as they have the potential to seek a new mate.
Psychologist Andrea L. Meltzer, who led the research, said that couples should pay attention when it comes to their weight gain, because it can lead to health consequences such as diabetes and cardiovascular disease.
“By focusing more on weight in terms of health implications as opposed to appearance implications, satisfied couples may be able to avoid potentially unhealthy weight gain, over time in their marriages,” she said.
Below are some tips to help you and your partner maintain a healthy weight (and have some fun in the process).

Keep doing activities that were important to you before you were in a relationship.

Make working out together fun.

You don’t have to run, or lift weights at the gym. It could be a walk in the park, or ballroom dancing. Find something you both love and make it a date.
Source:Lifehack