Lekki Waterside is one of the places where Marijuana (weed) is sold openly, day and night.

In December 2105, the Governor of Lagos Akinwunmi Ambode ordered security officials to ‘clear’ Lekki waterside- a popular spot in highbrow in  Lagos which has become a market place for drug dealers. Lekki housewives, brats, trust fund kids, and hustlers got their daily fix of the sweet herb at waterside with ease. This was becoming a big concern for the Asides Lekki Waterside, the are hundreds of weed selling joints in Lagos. Cannabis is this generation’s nicotine and patronizers see no big deal in smoking weed. Everyone does it these days and not just indoors. In clubs and parties, hazy clouds of cannabis can be seen above young people.

The New Afrikan Shrine is arguably the number one dispensary of the drug in Nigeria. Nigerian celebrities also contributing to this trend as they now openly smoking weed and also share photos on their social media pages. Back in the day, only Afrobeat legend, Fela Kuti was bold enough to smoke publicly.

On Tuesday, November 8, 2016, The states of California, Massachusetts and Nevada approved the recreational use of marijuana. This is the latest development in the marijuana industry in America where several states approved marijuana for medical reasons. 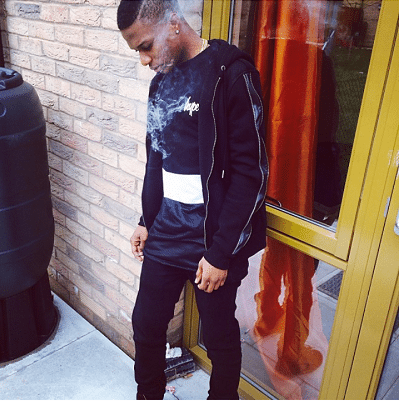 In Netherlands, marijuana is legal and in the United Kingdom there is pressure on the government to legalise marijuana. In the weed capital of the world, Jamaica, marijuana isn’t legal but it has been decriminalised.

Meanwhile, in November 2016, a Federal High Court in Lagos on sentenced a 20-year-old newspaper vendor, Muyideen Olarenwaju, to one-year imprisonment for dealing on 1.9kg of marijuana. He was prosecuted by the National Drug Law Enforcement Agency (NDLEA).

The mere possession of a small quantity of weed will get you arrested by the Nigerian Police Force. Apart from the legal blockade, marijuana is still largely perceived, especially by older Nigerians as the devil’s leaf. Older people will tell you that weed makes you irresponsible and mad.

Perception is different from reality and the reality about weed is that it does not kill and it is not harmful as nicotine that is surprisingly legal. All studies have shown that weed does not have any adverse effect on your health.

NDLEA burns 1bn worth of marijuana in Edo state in May, 2016

Despite recent studies and global trends, the recreational use of marijuana is still outlawed in the country. The Ministry of Health and the Nigerian Senate have remained silent about marijuana.

Weed is still illegal but that hasn’t stopped its popularity among Nigerian youths. At the Afrikan Shrine, weed is sold in public and law enforcement agencies hardly take any actions. Due to the conservative nature of the country, the legalization of weed is still very far off.