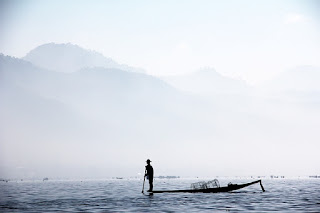 Have you been following your heart, or are you guilty of the thousands of people that will chalk their biggest regret as to not following through on what they’re passionate about? It is something that does not get spoken of enough, but many people end up sticking to the safe route in life as if it is the only path they know how to walk. They then forget what tingles their fiery sense of desire and regret not taking the small sliver of opportunity that was available to them at some point, and instead they find themselves stuck or complacent and missing out in a repentant state of mind. This idea of following the heart is difficult, but imagine the life you could be living if you gave in to the calling of your heart instead of the ‘norm’ life that society has ingrained into our heads.
People often get stuck where they are at. They live rather comfortably and don’t want to give that up. Usually it has to deal with monetary values, because whether we like to believe it or not, to pursue plenty of things there is a price. At the same time, there is the dichotomy that they are making money not doing what they love and instead just ‘getting by’. The most important step into not falling into the life of regret is finding the medium into which you can step outside that comfort level and let the unpredictable route of passion takes its hold over you. Otherwise, we get shackled to what we are not in love with, almost like having to carry around extra weight that pushes your passion and heart deep within yourself that it never sees the light of day.
At one point I fell victim to not putting what my heart wanted first. I noticed it when someone asked what a day in the life of Sean was, and what I responded with was so stagnant that I snapped out of my zombie like, droning state and dropped that piece of my life off in a ditch and instead charted a map for my heart to follow and soar. I fell victim to the heavy work load of life and it felt monotonous enough that I do not think my happiness or career would be where it is now if I continued that old life. That being said, not following your heart will lead to you questioning what you have been doing for so long. You will wake up feeling like a shadow or ghost of yourself, because you know you can strive more and your soul deserves what you care about. Write that novel. Finish that painting. Find that deep love you have for your creative identity. Otherwise you may spend your time crashing through the same routine without any sense of worth in whatever it is you are doing.
I have spent the past six weeks of my life traveling the country pursuing what I love most, music. Along my journey I have met many other musicians and people who have come to understand the idea of being free thanks to following their heart. They come in all different forms of individuals as well. Their lives are never boring and they are bleeding their passion into everything they do. This is my real life example of what has happened when I shed my old life and blossomed into one that is more fulfilling. I think a lot of people forget what they are fighting for in this life, and more likely than not forget to realize that it is possible to break from the normality and wed yourself to the idea of what you are passionate about. I clung onto the opportunity that I was handed and ran with it. Since then, I have found a new sense of value and perception of my self that I had been lacking and aching to find.
I am one of the people that dropped their entire life in order to finally feel a sense of achievement in what I was more passionate about than the same routine of “wake up, go to work, come home, drink and sleep.” Now I have spent the night in various different states and with the idea that I can believe in myself and more importantly, everything I have done to shed the idea of not following my own heart. It has lead me to some magnificent places, gotten in touch with terrific people and stopped the process of regretting what I am doing in my life. My single biggest regret is not following my heart earlier in life, but I am beyond relieved I am doing it now.