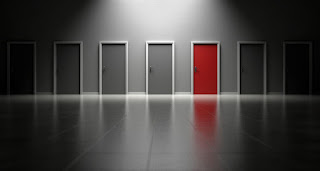 Education is a universal creed. The need to be educated is very evident in every area of civilization and habitation. In effect, one of the most insatiable wants of man is Education. With its diversified branches of institutions, education affords every willing being an opportunity to learn thus, enhancing positive effects to the society on a global basis.

basis, there is a confinement to a classroom or a learning hall and lectures are dispensed regularly.

As a result of the obvious benefits of education to man, it has generated active income for so many people who deemed it fit to invest in such Businesses that while providing value to the society, they are being rewarded financially which makes education a truly worthy business to consider for investiture
purposes.

1… Daycare
This education business is designed to serve infant scholars mostly, infants of parents who are always
busy to attend to their kids so these kids are sent here to while away time while their parents are out on the hustle. Daycares do not require lectures but money spent on facilities to make these infants comfortable is of a considerable amount so they charge high.

2… Kindergarten
So this is the next stage where infants from the Crèche/Daycare upgrade to after about two years. The age limit of kids in here is between 4 to 6. Here the kids require some level of tutoring because this is where they set off life from. Usually this category of education has much more population countrywide next to daycares so there’s actually money in this branch.

3… Primary schools
One of the most popular ones around and most easy to set up, but then starting off with a kindergarten guarantees you’d be having a load of pupils in this section next academic year. You’ll need elementary teachers. Their school fees is usually between N5, 000 to N10, 00 depending on acknowledgement and general preference, if you could have at least 5 pupils in every class, that’s about N160, 000 to N300, 000 every term besides other levies and fees.

4… Secondary schools
So this is quite hard to set up hence not too a popular one to see as it requires large funds and space to set up an average secondary school. Firstly, understand they’re adolescents and they are to be treated quite differently also for the science category of secondary students, money must be spent on laboratory and scientific equipments to make them learn right. However, they pay hugely too. Usually between N15, 000 to N30, 000 for start up schools.

5… Make-up Schools
This is a semi-formal system of education where people pay and are recruited to be taught the techniques of Make-up. Some of the graduands end up being make up artists while others become artificial beauty experts. It’s a trend and women love this so much so if you’re setting up one, you’re on your way to becoming wealthy.

6… Catering Schools
Everyone loves food and I mean good food. This category of education offers to teach people how to become good cooks and make best foods. They also teach bakering processes for bread-making, cake-making and the likes. Of course every Saturday people Wed and they need cakes so many people want to learn how to make such stuffs, they pay to register and learn in your school.

7… Auto-electric schools
So this is quite similar to mechanic workshops but with a slight variation. Such schools teach people how to fix electrical faults in automobiles. It’s one of the most lucrative education business ideas because there’s really high demand for such services so people want to learn and be taught.

8… Mechanic workshops
They’re popular and everywhere. We already know what they do and of course this is another semi-formal education system because most now award certifates too. Car repairs and maintenance is a necessity and is having high demand in the society today so setting up such a workshop is a perfectly elastic idea because more and more people would definitely come to pay and learn while they still work for you.

9… Computer school
IT has taken over the world and now more youths want to develop a career in IT with the aim of becoming like Mark Zuckerberg someday. Yes that’s a healthy idea and a very beneficial one for you if you decide to tap into it today by commencing a computer school to teach these people the necessary computer skills they need to join the ever trending world.

10. Driving school
Hundreds of advertisement posters I see hanging around on the streets are for drivers or driving jobs but you can’t pick up one if you don’t know how to drive, even if you know you’d still have to apply for a license through driving schools. Driving schools earn huge by taking people in driving classes and teaching them how to become professional or expert drivers.

12. Carpentry workshops
Wood works are everywhere, ranging from chairs to sofas to beds to benches to tables and what have you? Carpentry is one of the occupation most looked down upon, however gone are the days when it was viewed as a valueless occupation. Today there is the urge and want of learning carpentry skills as people with this occupation are now seen becoming successful individuals. Setting up a carpentry workshop to educate desiring ones on wood works is sure to pay nicely since its a good business idea.

13. Cloth-weaving workshops
This is an informal education system where students are taught how to make basic cloth materials. Weaving is culture and is a beautiful thing to many but sadly not too many have the skills otherwise they would weave their own cloths at home and to their style and designs. Launching such a workshop would not only make you successful as a business man but would also see you earning from people who come to be taught.

14. Hair-styling workshops
Basically this is great for women. The average Nigerian girl wears her plaited or braided hair for not more than 4 weeks and the cost for plaiting a single hair braiding style is between N3, 000 to N5, 000 and are even higher in some places. So starting up such a school and workshop to teach people how to fix and make hairs more like a beauty hair saloon is definitely one of the biggest business decisions you could make today.

15. Film Academy
This is quite large and would require large funds to run but definitely a million dollar business idea. Many people would really love to be actors and actresses if given the opportunity, sadly Nollywood doesn’t have enough time or provisions for such novices and upcoming acts. Starting up a film academy where you could teach people the art of acting, dancing and camera handling is sure to be a blessed venture.

16. Soap-making workshops
Quite underrated previously, traditional Soap-making has gone far beyond what it used to be where people just made soaps for home use. Today people have gone commercial with Soap-making and many in the society are seriously testifying positively to the effectivity of such local breeds. Launching such an education business foundation is awesome.

17. Shoe-making workshops
Shoe makers are quite different from shoe menders. In Nigeria we usually confuse the two. Shoe makers are actually the original shoe producers and not the ones who stitch our shoes when they get bad. In Aba for instance there are original shoe makers/producers who make shoes from the scratch and they are living large believe me. Many people would love to learn the art of shoe making and pay any required sum to obtain the skills while they still work for their masters, if they find an institution that offers such training.

18. Glass-work workshops
Glass works are also dominating. They’re becoming a larger part of household decorations ranging from glass tables to glass windows to glass doors and glass shelves. Many who can’t afford to go to the University are willing to pay to learn such money-laden crafts.

19. Bead-making workshops
So women love beads but not so many understand the art. It’s fancy to wear, plus it looks attractive when worn on the neck, wrists and waist region. You could start up a bead making workshop where you could recruit people to teach this craft. Even if you do not have the skills, you can easily employ someone who knows.

20. Mobile phone repair workshops
We all want the latest devices in town don’t we? That’s right but we also don’t know how to repair them when they get bad and of course we would love to know. This aspect of education is very important and Lucrative, understandably this is why there are so many mobile phone repair shops around! So investing in this Avenue and hiring professionals to teach people this skills would highly compensate your pocket for any dime spent.