Lagos state in Nigeria is one of the most populous cities in the world and the most populous African country with over 21million people. Apart from its population, Lagos state has beautiful and inviting cafes and lounges, lustrous boutiques, top notch museums, and an impressive restaurant scenes. Lagos state in also the commercial centre of Nigeria, with many organisations having their head office in the city. Living in a populated city comes with its own challenges sometimes. people living in Lagos are faced with certain experiences that makes them smarter and wiser than people living in other cities in Nigeria.

To avoid having some bad experiences if you’re visiting Lagos State, we have listed of 7 things you should never do in Lagos. 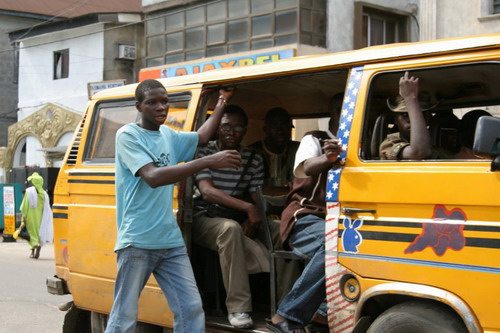 Taking public transport, including the Moluwe and Danfo buses, may be the cheap option of transportation in Lagos, but it is not free.

A fare is usually required and it is important you ensure you have enough cash to settle the transport fee before jumping on the bus.  While it might be tempting to skip your bus fare, either because you think the conductor will not notice or you believe you can come up with a story touching enough to make them waive the fare, don’t do it. The public embarrassment and possible physical harm will not be worth it.

Some fare-jumpers have found themselves spending quality time at the hospital, treating wounds inflicted on them for trying to play hooky.